What do you do as a Girl Scout? by Guest Blogger Madison S. 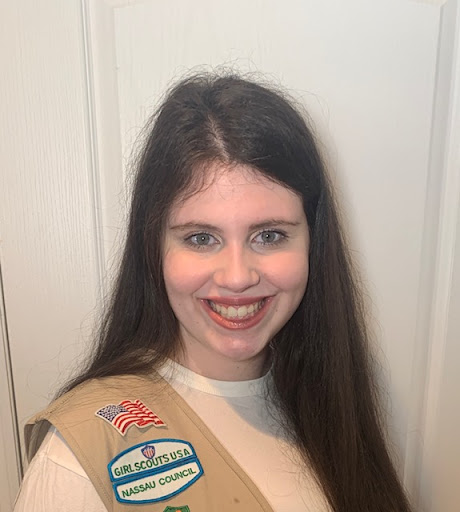 I have participated in research activities with Nobel Prize-winning scientists at NASA’s Goddard Space Flight Center. I traveled to Albany to advocate for the homeless in New York State. I mentored a group of young women with special needs — all as a Girl Scout! My name is Madison S, and I’ve been a Girl Scout since kindergarten. Now, I’m a senior in high school, member of Girl Scouts of Nassau County’s Board of Directors, and have earned my Gold Award.

Since becoming a Girl Scout almost twelve years ago, I’ve been asked the same two questions countless times: "Which is your favorite cookie?" and "What do you do as a Girl Scout?" The first question is simple, because the Samoas are obviously superior, but unless you have all day, it's impossible to answer the second. I've had so many unique experiences and opportunities to discover myself and my passions, impact meaningful change, and serve my community, all while fostering lifelong friendships. If I had to select my top Girl Scout memories to highlight, though, these seven would make the cut: 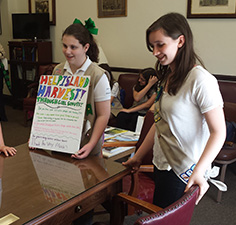 1. Developing as a Leader in Girl Speak
Through Girl Speak, I had the opportunity to collaborate with my Girl Scout Sisters and design take-action projects addressing the critical concerns of our communities. We led two public awareness campaigns surrounding the issues of food insecurity and the decline of the monarch butterfly, with each campaign culminating in an educational event for younger Girl Scouts. We also traveled to Albany, our state capital, where we met with state legislators to advocate for solutions to these issues. In addition to service and advocacy, Girl Speak members met with GSNC's Nassau Violets, a troop of female elected officials and presented at Service Unit events to encourage troops to further their involvement in Girl Scouts, which led to the establishment of Girl Speak Junior. 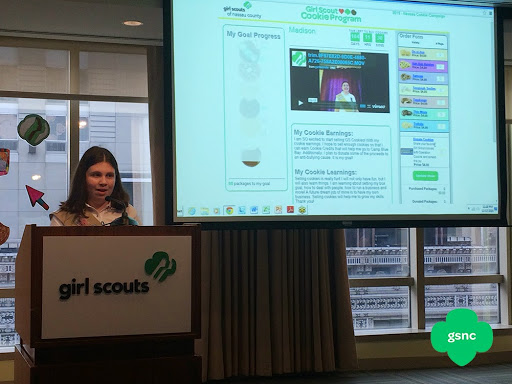 2. Growing as a Public Speaker Through Media Girls
Hoping to share my Girl Scout experience on air, in print, and at community events, I joined Media Girls! GSNC's media program not only allowed me to develop the confidence necessary to express my ideas in writing and conversation, but also taught me how to communicate effectively when giving speeches, speaking with reporters, and writing opinion pieces. Some of my favorite Media Girl events include discussing fire safety on Fox and Friends, giving a speech to launch the Online Cookie Sales Platform (Digital Cookie) with the CEO of GSUSA, speaking on a national panel to introduce new Girl Scout civics badges, participating in a professional photo/video shoot for Girl Scout advertisements, comma and being featured on the cover of GSNC's program guide, recording a radio PSA on healthy living, celebrating the release of Microsoft Windows 10 at the official release event, speaking to veterans and members of the military at the Operation Cookie Send-off, commemorating the 100th Anniversary of women gaining the right to vote in New York with Lt. Governor Hochul, and so many more! 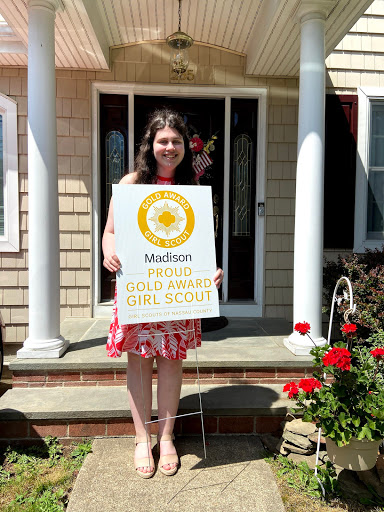 3. Earning My Gold Award
I am proud to have earned my Gold Award, the highest award in Girl Scouting! The goal of my project was to increase youth involvement in government and politics, which I successfully did by designing a website that provides students with the education, resources, and network necessary to get involved. The website offers "crash courses" in American government, political issues, and campaign operations, six specific guides describing how to impact political change, video interviews with elected officials at all levels of government, and an opportunity to connect with political professionals and other future change-makers.

4. Serving on the Board of Directors
It has been an honor to serve alongside accomplished leaders on GSNC's Board of Directors, which develops our Council's strategic initiatives, budget, community presence, program offerings, and governing policies. In addition to contributing in these areas, I am also the board liaison to the Girl Leadership Committee and am a member of the Community Relations Committee. The Girl Leadership Committee provides Senior and Ambassador Girl Scouts with the opportunity to share their experience and ideas with the CEO, ensuring Girl Scouts remains fun and relevant. We recently produced and filmed promotional videos capturing some of the unique programs Girl Scouts offers.

5. Reaching for the Stars at NASA
A team from Girl Scouts of Nassau County was chosen to establish a Council-wide Astronomy Club following an intensive summit at NASA’s Goddard Space Flight Center. While at Goddard, we heard from NASA’s expert scientists including Dr. Carrie Anderson, Dr. Nicki Viall, Dr. Sten Odenwald, and Dr. John Mather, who discussed topics ranging from the Cassini Mission and the moon Titan to temperatures in the corona of the Sun. We even created a scale model of the solar system, viewed robotic solar telescope images, created an H-R Diagram, and had a virtual reality experience. 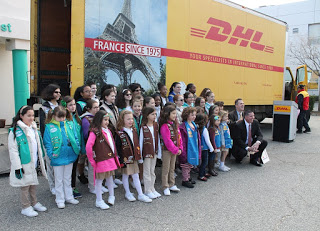 6. Giving Back to the Girl Scout Community
Community service is, by far, the most important aspect of Girl Scouts. I’ve mentored a younger Girl Scout troop through their Journey Take Action Project on stereotypes and a troop of girls with special needs during their troop meetings. I also volunteered with Council led troops, which bring a sampling of Girl Scout activities to girls in under-served communities, and volunteered at my Service Unit’s events. 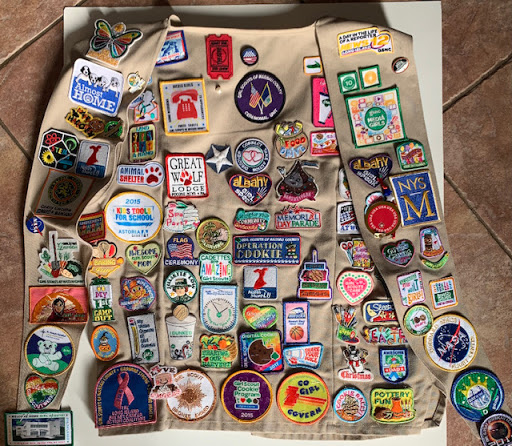 7. Exploring My Interests Through Programs
In addition to the higher awards, badges, and journeys, I’ve attended countless Council programs. Some of my favorites include participating in an attempt to break the world record for most cookies dunked at one time, learning about entrepreneurship and business management during “Designer Division/Stylish Subtraction/Fashionable Fractions,” visiting St. Joseph’s Hospital to explore hospital management and healthcare careers, discussing archaeology at Garvies Point Museum and Preserve, camping at Blue Bay, and celebrating National S’mores Day!

Posted by Girl Scouts of Nassau County at 9:00 AM