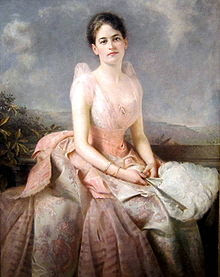 "I've got something for the girls of Savannah, and all of America, and all the world, and we're going to start it tonight!" 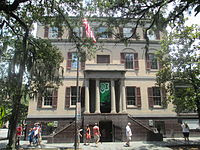 Girl Scouts across the USA and around the world will celebrate Juliette Gordon Low's birthday on October 31...the 152nd anniversary of her birth.  And as Girl Scouts of the USA celebrates our 100th Anniversary as an organization, it is easy math to see that Juliette Gordon Low started this organization when some other women in her era and her social status might have been looking forward to slowing down a bit...rather than becoming the founder of a national organization whose impact for girls and women would be felt around the world!

Here's a quiz to see how well you know your history facts about the amazing Juliette Gordon Low:

1.  Where was Mrs. Low when she decided to start the Girl Scouts?  How many girls were in that first Troop?

2.  How old was Mrs. Low when she began the Girl Scouts?

3.  How and where did Mrs. Low first become interested in Girl Scouting?

4. What was Mrs. Low's nickname and how do we use her nickname in Girl Scouting today?

5.  Although far from behaving in any way as a disabled person, Mrs. Low did suffer a physical disability.  What was it and what are some of the stories about her problem?

6.  In what year did Juliette Gordon Low receive the Presidential Medal of Freedom?

10. When Mrs. Low began what we now know as the Girl Scouts it had a different name.  What was the organization first called, and why, and when did the name become Girl Scouts?

11. Who did Girl Scout executives call "the best scout of them all?"

1.  The first Girl Scout Troop began in Savannah, Georgia in 1912 and enrolled 18 girls.

2. Mrs. Low was 52 years old when she began Girl Scouting in the United States.

3.  Mrs. Low became interested in Girl Scouting while living in England and meeting Lord Robert Baden-Powell, founder of the Boy Scout movement in Great Britain, and his sister, Agnes Baden-Powell, who had established the Girl Guides there.

4.  Born Juliette Magill Kinzie Gordon, Juliette was known as "Daisy" to her family and friends.  Today the youngest level of Girl Scouts is known as the Daisy level.

5. Mrs. Low suffered from a severe hearing loss.  While having lost some of her hearing as a child, legend has it that rice thrown at her wedding lodged in her ear, and in the process of later removing the rice, her ear drum was irreparably injured.  Stories abound that Mrs. Low used her hearing loss as a tactic for never hearing "no," and always getting people to do things her way! -- Mrs. Low was also know to have had back problems during her lifetime and it is reported that she died from breast cancer (in 1927).

6.  The Presidential Medal of Freedom was awarded to Juliette Gordon Low, posthumously, in 2012 by President Barack Obama on the occasion of the 100th Anniversary of Girl Scouting in the USA.

7.  The first park in the State of New York is located in Lynbrook.  It was the project of Troop 2237 of ELLM Association in Girl Scouts of Nassau County and was dedicated on March 11, 2012.

10.  When the organization began in Savannah in 1912, it was known as the Girl Guides, after the Girl Guides that Mrs. Low had worked with in Great Britain.  The name was changed to Girl Scouts the following year, because Mrs. Low wanted her girls' organization to be perceived as equal to the fledging Boy Scouts organization (founded in the US in 1910) and she felt that "Scout" was a stronger word than "Guide."

11. Shortly before Mrs. Low's Death, Girl Scouts of the USA leadership sent a telegram to Mrs. Low that described her as "the best Scout of them all."
Posted by Donna Ceravolo at 12:46 PM No comments: 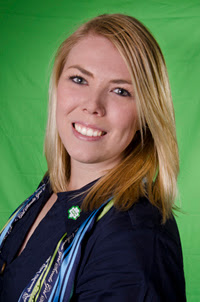 Back when I was working on my Silver Award (10 years ago), three of my Girl Scout friends and I decided we wanted to impact younger girls in our community by bringing them the joy of Girl Scouting. We decided we would run a Daisy Troop.

Being new to the Girl Scout Leader world, the thought of running an hour long troop meeting was daunting.  We were wondering what we would do with 10 Daisies for a whole hour. Now, most seasoned Girl Scout leaders know that there are many components that go into a Girl Scout meeting because the meeting isn’t all just fun and games; there is also Troop business that needs to be attended to like troop dues and troop decisions, but to us “new” leaders we weren’t sure what needed to be included.

Posted by Donna Ceravolo at 5:38 PM No comments: